That people can have more time to read in the summer is one of the petty lies of life.

But there’s no better place for reading essays on the agency and planet-saving potential of trees/mushrooms/nature than while surrounded by the tall swaying pine trees in a Southern-Estonian country house or while overhearing the whispers of an outgrown grassland that happens to form your entire horizon visible from the 2nd floor above a summer kitchen at Saaremaa.

Before leaving Paris, I managed to review two books. The reviews were both published in August: on Doris Lessing’s The Sweetest Dream in Sirp and on “Eesti novell 2022” in Looming.

Death by Landscape by Elvia Wilk

Like the protagonist of Margaret Atwood’s short story Death by Landscape, the writer and essayist Elvia Wilk distrusts the popular perception vis-à-vis the non-human (and non-animal) species that we share the planet with. In fact, her essays invite the reader to consider then doubt a litany of premises underlying the modern (yet often painfully outdated) beliefs.

The collection opens with essays that research, contemplate, and challenge how we perceive plants and nature. Drawing ideas and stories from the New Weird literary movement and authors such as Jeff VanderMeer, Richard Powers, and Emanuele Coccia, Wilk builds a solid case for seeing ourselves as particles not masters of this universe. Could not agree more.

While the book is short of 300 pages, the essays previously published in The Paris Review, Granta, and Bookforum among others, manage to raise several important if haunting questions. “If depression can be understood as the sensation of futurelessness, it is not only a sensible reaction to but a product of a world lacking a future?” Wilk mercilessly asks.

Or… What is the role of art or fiction in the age of climate change? Should it offer solutions or hope or inject fear and horror? Should literature be politicized? Unlike many authors, Wilk makes the effort to arrive at an answer (or, in one case, admits that she doesn’t know one). “What fictions can do, regardless of how dystopian or utopian they may seem, is to identify how the interests of different people and different species conflict – as well as to highlight the areas of the Venn diagram where they do overlap.”

I enjoyed the first half of the book more – I found the essays on climate change and plant agency more relevant to our times and fascinating in their own right – and would recommend the book to anyone looking for fresh, healthy (or healing?) perspectives to living in a world full of that which, as quoted by Wilk, Rob Nixon calls “slow violence.”

For primer, read one of my favorite essays from the book, The Plants Are Watching, in The Paris Review. Link

(Week 1-2) TBH I’m feeling too heatwave’y and lazy to accommodate these recommendations with short intros. So it’ll be a list this time around.

“I think about her hands a lot. I can really see them. They are constantly moving, searching for something to contest with. She sits there in the corner with the flaking door behind her and they rummage while she is talking. Rummage across the table, which is wooden and has breadcrumbs and hair grips and silvery threads on it and they discover a stringy piece of tangerine peel and they turn it over, over and over, they maul it and investigate it, both hands. They are always together, they really are a pair, whereas I don’t believe mine are a pair, and I wanted to see them in London, this pair of hands that really are a pair.”

#review #shortstories | I want to be the baby – Kasia Boddy on Donald Barthelme, via The London Review of Books, link

Barthelme’s one of the best-known post-modernist short story writers, his role of the “satirical vaudevillian” at the New Yorker is now taken over by George Saunders. My fave by Barthelme’s a story titled “The Balloon” that was published in The New Yorker. Listen to him reading his story “The Great Hug” here – he’s got that mild, golden voice so common to history professors.

#review #nature #nonfiction | If We Only Had Eyes to See – Charles Foster on the strange senses of animals, via Times Literary Supplement, link

Ed Yong’s book, An Immense World, explores the extraordinary animal senses that extend far beyond the human capacity to fully comprehend and empathize with.

The author introduces us to…

… “shore birds that create pressure waves in the sand with their probing beaks and detect the distortion of those waves caused by the presence of a buried worm; to blind Ecuadorian catfish whose skin is covered with actual teeth, with enamel, dentine, and nerves; to sensors on the hairs of spiders’ legs that are deflected by a fraction of the energy in a single photon, and are thus 100 times more sensitive than any visual receptor that exists or ever could exist; to the infrasonic waves emitted by fin whales, which can travel for 13,000 miles, raising the possibility that in the oceans there is but a single community of fin whales, all talking to each other.”

#review #nature #nonfiction | If We Only Had Eyes to See – Charles Foster on the strange senses of animals, via Times Literary Supplement

#review #dystopia | The Boss Will See You Now – Zephyr Teachout on the surveillance of workers, driven by wearable tech and artificial intelligence, via The NY Review of Books, link

#podcast #literature | Evia Wilk interviewed by the LA Review of Books on her essay collection Death by Landscape, link

#podcast #literature | Richard Powers interviewed by The London Review of Books on his novel Overstory, link

#essay #anthropology | The World of Yesterday – Elvia Wilk on waking from the cosmopolitan daydream, via The Baffler, link 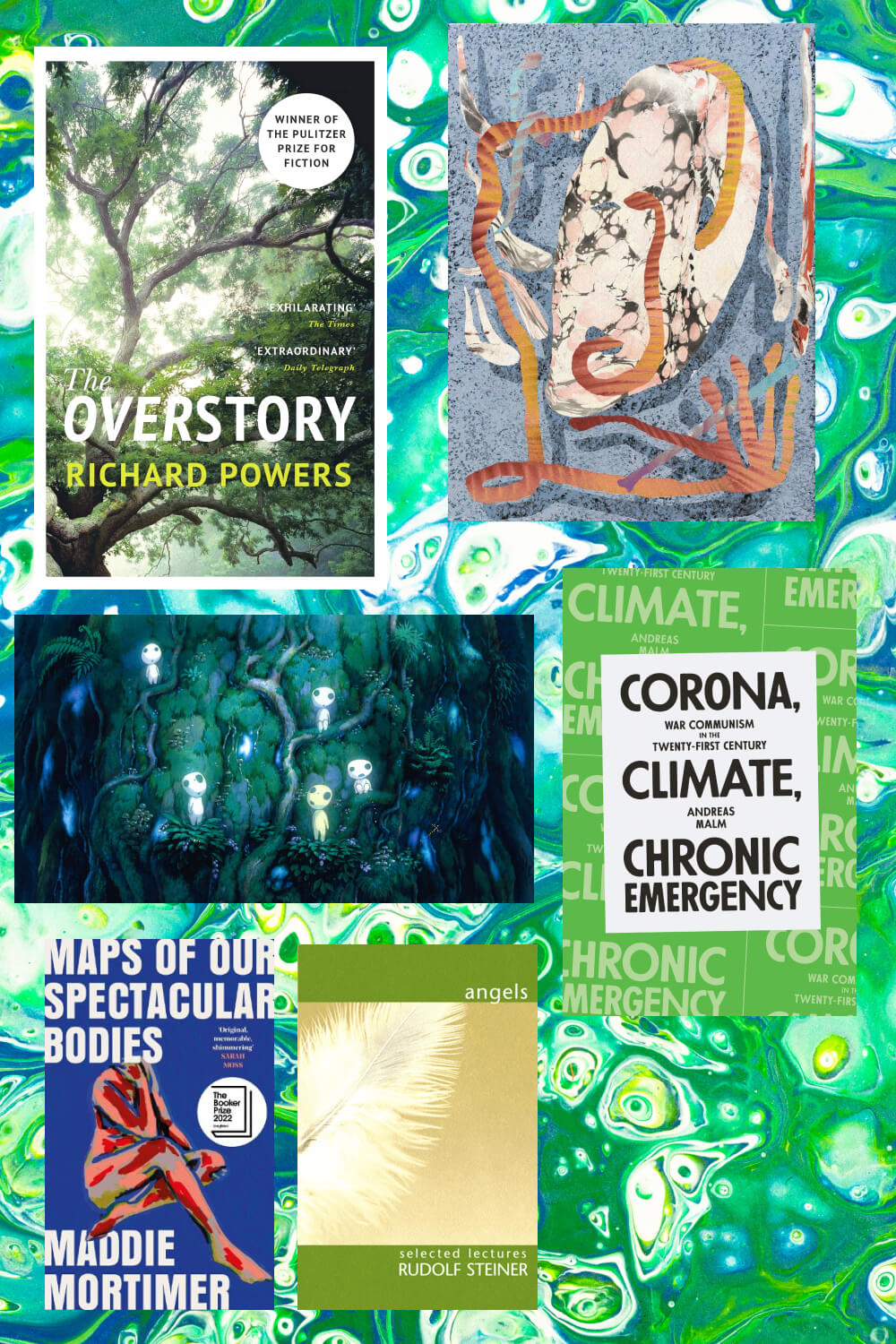 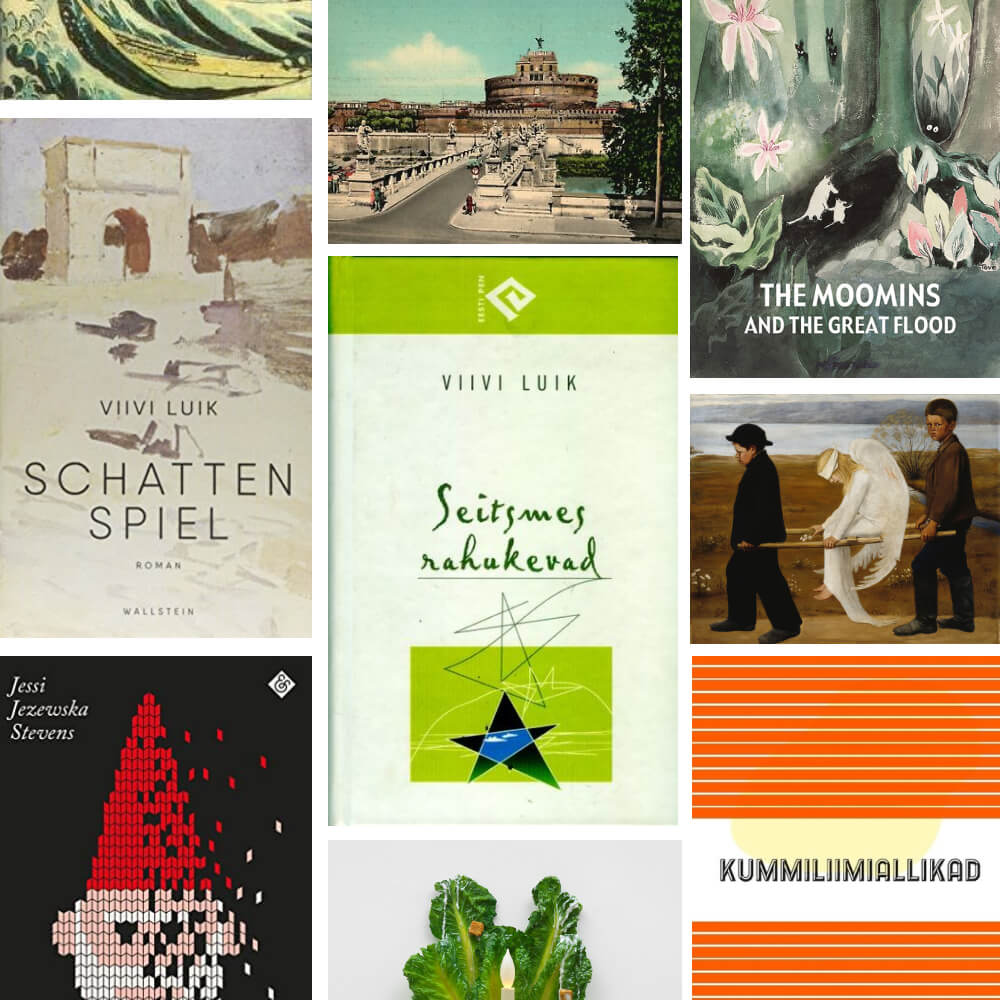 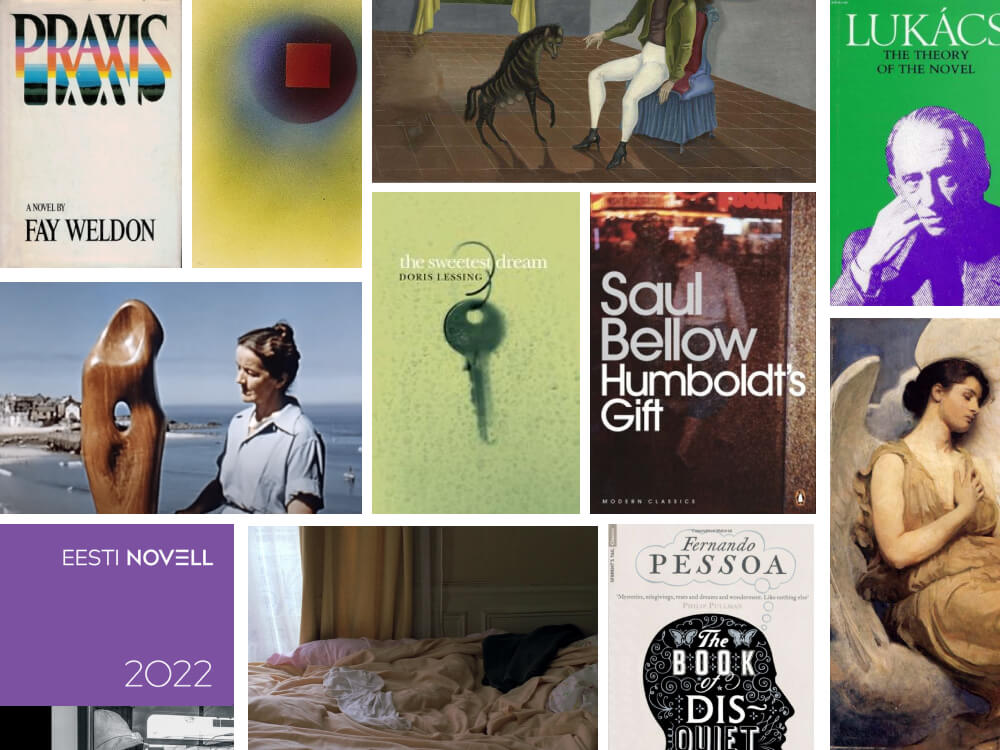